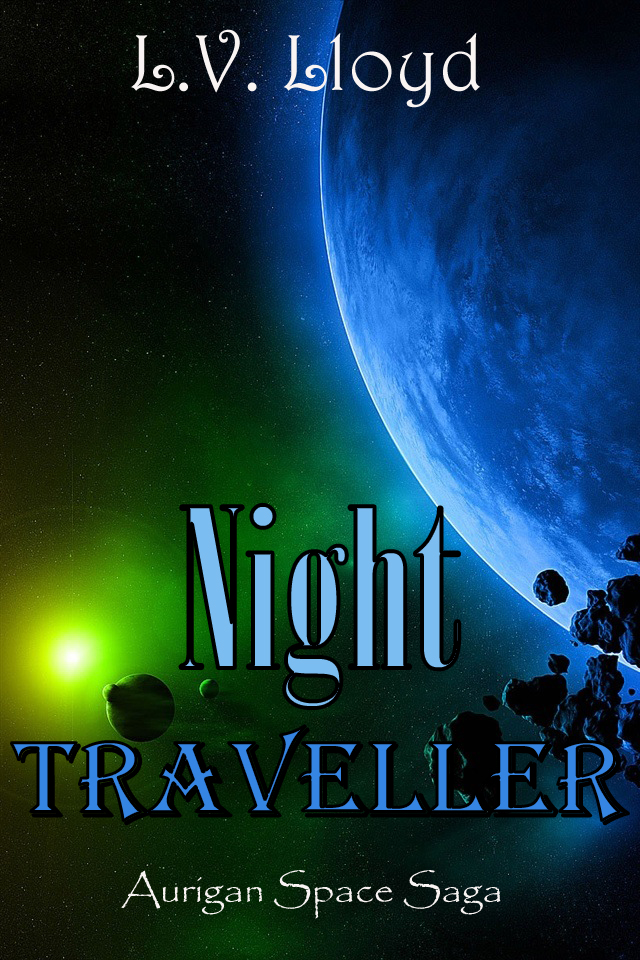 Night Traveller is the seventh book set in my world of the Aurigan Space Saga. Like my other books, it can be read as a stand-alone story, with characters unique to this book. This is my first foray into the world of M/M/M. Although there are some sexy scenes, it’s not erotica and there is plenty of action and intrigue.

“Lieutenant Mike Oliver has long dreamed of a Patrol ship berth, flying between the stars—surely this time his application will be successful. What he doesn’t expect, is to be sent to establish a Patrol station on Asra, a tiny mining settlement on a frozen mudball of a planet, blanketed with nitrogen storms.

Deeply resentful, Mike suspects he is being discriminated against. The only option he can see is to become celibate, at least while he is on Asra. And that means rejecting the advances of both Callan Rian, the colony’s flamboyant Governor, and sexy Dane, Callan’s business partner, despite the growing attraction.

While sexual tension mounts between them, a far more sinister danger is lurking, and when Callan is abducted, Mike will have to choose—between his ambition and his heart.”

A novella in the Aurigan Space Saga

Night Traveller is in the Kindle Unlimited program, and is only available from Amazon at this stage.