So I’ve been tagged by fellow Adelaide writer, LJ LaBarthe to participate in the Meet the Character Blog Hop, where those of us who are so inclined talk a little bit about the characters from our latest–and upcoming–books.

LJ introduced us to Gray, from her recent release Mythica. You can read more about Gray in LJ’s post here.

Mythica is out now with Bottom Drawer Publications and you can get it here. 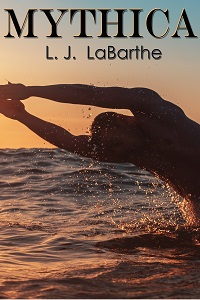 Blurb
Caiden Jones is part-selkie and lives an idyllic life by the sea in South Australia. He’s had his fair share of disappointments, like being kept out of the Navy due to his mythica status, but overall he’s got a pretty good life. Until he’s in the wrong place at the right time.

Cai steps in to subdue an out-of-control minotaur and in the process suffers a serious injury to his ribs. As Cai struggles to breathe, a gorgeous suit-clad sy’lph with mesmerising blue eyes races to his rescue. When it’s learned that the minotaur was poisoned, the sy’lph, Gray, makes it his personal mission to keep Cai and his family safe.

Cai has always harboured some resentment towards the sy’lph because of their easy acceptance into the community, so the attraction he feels for Gray takes him by surprise. But how can they find out what this might mean when the lives of Cai and his family are endangered by someone closer than they realise?

Now on to meet Jack, one of the main characters in my book Lunar Affair. 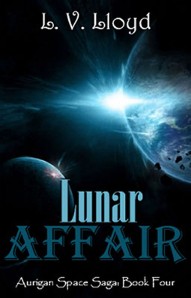 What is the name of your character?
Jack Alexander

Is he a fictional or a historic person?
Oh, definitely fictional!

When and where is the story set?
It is set in the future, in a world based on the Aurigan constellation. The main characters are members of the Aurigan Space Patrol and much of the story is played out on the spaceship Lunar.

What should we know about him?
Jack is just an ordinary looking guy, with a plain, likeable face, dark brown hair he wears a little too long and he always seems to have a few extra kilos round the middle that he can’t shake. Jack has been in love with his too-handsome best friend Marc for years, but Marc has never returned his romantic affections, fearful of jeopardising their friendship. Jack has finally decided it might be time to move on. If he can’t have love, perhaps he can make do with an affair.

What is the personal goal of the character?
To be with Marc, even if it is only as his friend.

Is there a working title for this novel, and can we read more about it?
The book is available here. Lunar Affair

Now to introduce you to the two authors who I’m handing the blog hop baton to. Both of these lovely writers will be posting on November 17th, so watch out for their posts.

First up – My friend Demelza Carlton is currently working on a series of horror stories. The first two Nightmares of Caitlin Lockyer and Necessary Evil of Nathan Miller are already in print.
Her third book Afterlife of Alanna Miller will be released in January.

Six months ago, Nathan’s sister was brutally murdered.
Now the former playboy desires only one thing: revenge.
Late at night, Nathan trudges down the beach where his sister’s body was found. He’s searching for answers, but all he finds is a new nightmare: another girl’s tortured body.
Only this one isn’t dead . . . yet.
The unlikely hero becomes the prime suspect. Saving Caitlin’s life was just the start. Nathan must win her trust and unlock the memories hidden in her nightmares to find out who’s really responsible . . .before it’s too late.

Next – My friend EJ Kellan. EJ is another writer who has taken the plunge into self-publishing. His book Country Heart is available here.

Blurb
Theodore Winters has no idea what it is exactly he wants in life. While away on a trip, the shy loner encounters a wealthy and smooth talking cowboy, Riley Illingsworth III. Time together helps him see past his own dark shadows that won’t let him believe there could be anything more between them. When Theodore realizes that there might be more to it, it is already too late.

Being lonely is nothing new to someone who would rather keep himself distracted by his work than deal with the reality that faces him. Much to his surprise, he finds his new boss wants to give him more than just a promotion and as if his life weren’t already chaotic enough, Riley returns with one goal in mind. To finish what he started.

One thought on “Meet the Character Blog Hop”